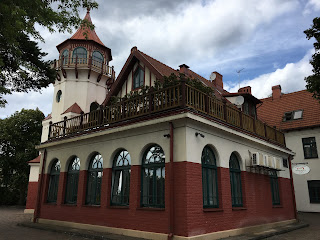 Last week we attended a conference near Riga, Latvia. Here are some of the interesting sites we saw. 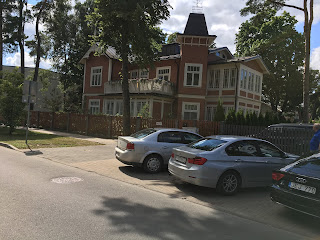 Many of the old buildings had distinctive shapes to them and, surprisingly, many windows. I figured that the cold winters would require architects to minimize the windows. 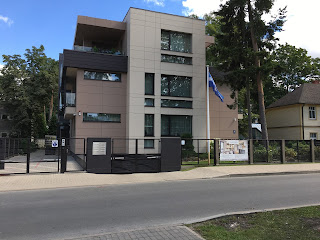 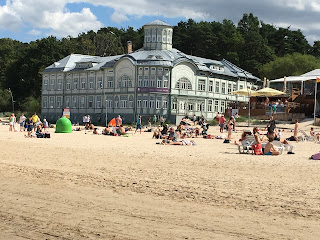 Our conference was in the resort town of Jumala  on the Baltic Sea. The beach-side resort building was old and a bit dilapidated, but from this distance it is very picturesque. 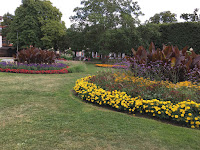 Several people commented on how much the Latvians loved flowers. There were manicured flowers even along the highways. 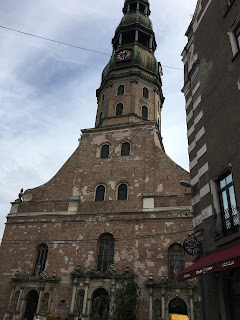 St. Peter's was built in the 1200s. Riga was the first city to become Lutheran in 1522, shortly after the Reformation began. 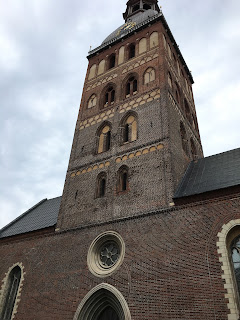 Ever Heard of Tallinn, Estonia?

Not too many Americans have heard of the historical capital city of Estonia. Last summer we had a chance to visit Tallinn since it's two hours west of St. Petersburg.


Founded more than a thousand years ago, this ancient city is preserved in its historical setting for us today. The stone walls surrounding the ancient city are well-preserved for tourists.


Tallinn is located on the north coast of the Gulf of Finland. Historically, it was very important for trading purposes. Because of that, it was ruled in different times by Denmark, the Scandinavian countries, Germany, and Russia.

The Old Town area with its town square is preserved for tourists today and is listed as the best preserved medieval city in Europe. The narrow streets and castle walls take a tourist back in time.


We climbed the steps to the Upper Town where the government buildings are located today. From the top of the castle wall the view of the Lower Town was amazing.

Since St. Petersburg is known as "Venice of the North", it's obvious that bridges are an important part of the city. The city has 342 bridges over canals and rivers in the city limits that vary in size from several lane car bridges to pedestrian bridges.


The bridge (pictured above) crosses the Neva River, the main waterway running through the city. Twenty two bridges that cross this wide river are heavily used for traffic by day, but at night they all are raised to allow ship traffic to maneuver in and out of the Baltic Sea and into the Volga River. Between April and November, the bridges raise and lower by a very intricate schedule so the ships can travel, but also allow for emergency vehicles access to both sides of the city. An open drawbridge is a popular symbol of St. Petersburg.


The newest bridge built to cross the Neva River is the only one that is not a drawbridge. The Bolshoy Obukhovsky Bridge was opened in 2004 and is part of the Ring Road - the freeway system …
Read more

Last week I was invited to decorate Easter eggs the Russian way. I pictured the multi-colored, intricately painted eggs that are famous the world over. However, I was thinking of Ukrainian Easter eggs instead of Russian.


When I arrived at the egg painting session, I was actually relieved to find the Russian Easter eggs have simpler designs. They are just as beautiful, but the ones we worked with were all the same basic color - brown with lighter decorations.


I found out the secret of the coloring was in the process of cooking the eggs. Before the eggs were cooked, masking tape was placed on the eggs where the color was to be lighter - either in a square, round, or even cross shape. A good example can be seen in the basket of eggs above, where the center egg has the cross shape. Then the eggs are cooked, starting in cold water as usual, with onion peels added to the water. Yellow onion skins were used that day.

The longer the eggs cook in the onion skin water, the darker the eggs are at…
Read more