During the last half of the 19th Century, this church was one of the most important Lutheran churches in all of St. Petersburg. But that all changed by the 1930s when suppression of churches was the norm under Soviet rule. By the beginning of WWII, there were no more functioning Lutheran churches in the city.

When all the interior was stripped of anything religious, St. Anne's church was used as a cinema. After the fall of the Soviet Union, the small congregation that remained, petitioned the government to have the building restored and returned to the Lutherans. It was going to be returned on December 6, 2002, but a mysterious fire broke out the night before. 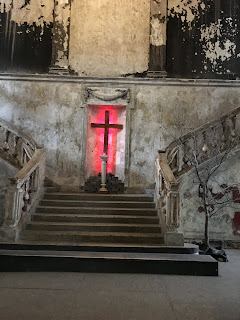 The government handed the burned interior with collapsed roof back to the Lutherans, who didn't have the money to fix it up. It sat vacant and decaying until 2008 when the government decided it had to at least restore the facade because it was an historical monument in the city. 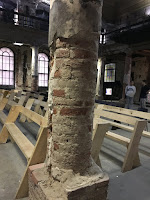 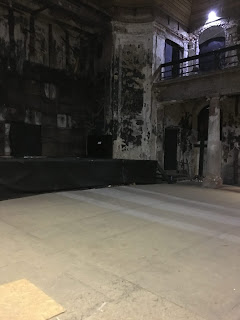 The Lutherans regained control of the burned-out hulk in 2013 when the outside was back to mint condition. Today, it still looks like a burned carcass on the inside because the small church body does not have the money to restore it. 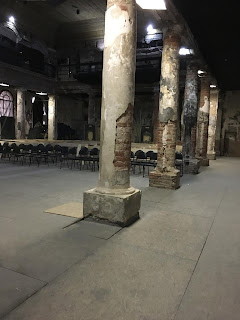 The church is now a tourist site. Young people especially like it because it looks so "gothic." I am amazed the the government would allow anyone into the church at all. In the US, I'm sure OSHA would stop all access into this building that appears ready to crumble on your head at any moment.

Today the Ingrian church uses it as an outreach tool in the community for concerts, dramatic plays, etc.

We've heard that during October, the church is decorated  for a "haunted church" event to bring people into the building. We'll see what happens when October gets here. 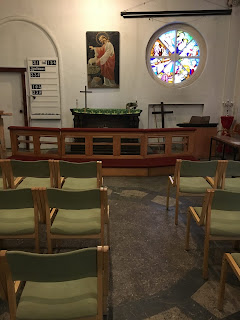 The Ingrian church has fixed up one small room in the building to hold its services on Sundays. That is where our English congregation meets followed by the Russian congregation later in the day.

The Lutherans are working on fixing the building up a little at a time. Currently, they are restoring the basement area to be dedicated to the martyrs of St. Anne's who died during the 1930s and WWII era. This area will also be open to the public when it is finished.

Worshipping in this facility is quite an honor after all the history this building has seen.