Showing posts from January, 2019
Show all

I've heard that bitter cold is headed toward the States this week, so I thought I'd share how Russians deal with the cold. Of course, it sounds like it will be much colder in many parts of the US very soon, but in Russia we walk 10-15 minutes or more every day no matter what the temperature because we don't own cars. So, in a way the need to dress warm is somewhat comparable with -15 wind chill here.  It's not surprising then that most Russians dress appropriately for the weather. It's very seldom when I see people walking on the streets without hats on their head. People dress like I am in the picture to the right with a knit hat, scarf, and hood. I'm amazed how much pulling my hood up helps with the cold temperatures. During the last couple weeks when it's been below 0 degrees Fahrenheit, I sometimes start getting a headache from the cold. I'll put my hand up to my head and feel that my hood has blown off while I'm walking in the wind. As soon as I…
Post a Comment
Read more

NOT Just Another Mansion At the tail end of the tour of the Rumyantsev Mansion that I described last week, the guide took us to another wing of the museum where we could learn about the era of Soviet control. It showed what the workers had to do, etc, but back in the dark corner of the mansion a communal apartment from the Soviet era was preserved.

If you don't know what a communal flat is, I'm not surprised. I've never heard of them in the US. It was originally an apartment for one person with a sitting room, a couple bedrooms, dining room, kitchen and toilet. However, when the Revolution of 1917 took place, this flat was divided into a communal apartment that held five families. Each room became the apartment for an entire family.
The largest room became the home for the original owner of the apartment. She moved her bed, armoire, dining table, and hutch into her one room. There are people who live in efficiency apartments today that would find this comparable. But if you had a family with five…
2 comments
Read more One advantage of being a member of the International Women's Club of St. Petersburg is that I can join in on tours of different sites in our city. In early December, our group went on a tour of the Rumyantsev Mansion. Even if I'd never heard of the mansion previously, it was a beautiful place to see. Located on the English Embankment right next to the Neva River, it was a place I won't soon forget.


It's named after Count Nikolay Rumyantsev who owned it during the early 19th Century. He was a patron of arts and voluminous collector. He had the twelve columns added to the front of his home when he remodeled it because he wanted to imitate Greek buildings. His collections became the basis of the first public museum in St. Petersburg.


The inside was very ornate as are all of the St. Petersburg mansions. Many of the ceilings were even sculptured with plaster into designs.

One unique part of the mansion was the mahogany staircase that was enclosed in the center of the building. 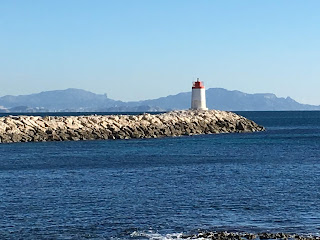 Last month, we vacationed for a week in France. We spent the time exploring the southern part of the country.


Most of the week, we were in the city of Avignon. The old city was still surrounded by the ancient wall. It could only be entered through a few gates. Of course, the modern part of the city has grown up on the other side of the wall, but we were amazed to see this ancient wall still standing.


In the 1300s, the Catholic popes lived in Avignon, instead of Rome because of a dispute with the French crown. As a result, a large p…
1 comment
Read more 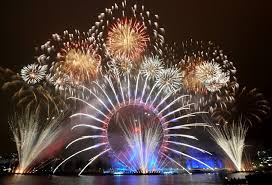 Happy New Year! We managed to survive our first new year's celebration. Actually, it didn't really affect us much.

Russians have many traditions for welcoming the new year, but we chose to sit it out last night, except for a few firecrackers and small fireworks that someone in our complex shot off between 11:30 and 1:30.

According to our Russian teacher, a typical Russian meal for New Year's Eve actually begins very early on December 31st when the women in the family get together to start preparing for the New Year's Eve dinner. They work together chopping all the ingredients for the two main dishes for the gathered family - Olivye salad and Herring salad.


Our Russian talk group had a session on making Olivye salad. The ingredients are potatoes, carrots, pickles, green peas, eggs, chicken and mayonnaise. My first impression was that it didn't impress me very much. The Herring salad has herring, potatoes, carrots, onions, and beets in layers with mayonnaise over al…
Post a Comment
Read more
More posts