By connie cortright.com December 03, 2019
Now that I know I won't be living here much longer, I thought I'd better experience as much of Russia as possible. That's why I attended a Russian opera with my Russian talk group a couple weeks ago.


I'm not a huge opera fan, but it was well worth going just to see the building in which it was located. From the outside, it looks pretty much like 75% of all the buildings in our city. The theater has been located in the mansion of Baron von Derviz since 1998. 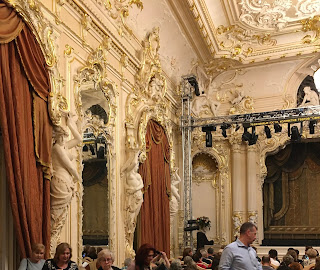 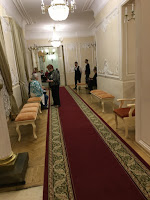 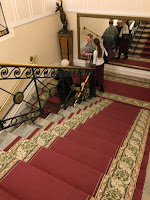 Even thought it wasn't very large, the opera hall itself was very ornate with gold and sculptures lining the walls. It gave the audience the feeling of high society. I tried to imagine what this room might have been when the building was the residence of the Baron.

Wide staircases and hallways added to the feeing of high Russian society, like so many of the other mansions I've visited in this historic city. It was beautiful to see. 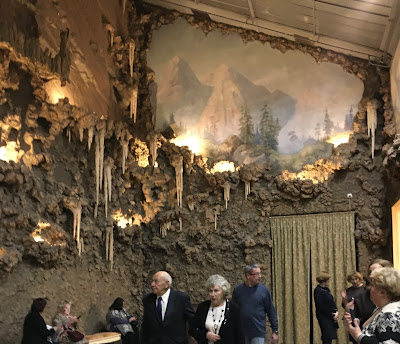 But the most unique room met our eyes before we entered the opera hall itself. As soon as we saw the room, we felt like we had entered into a cave surrounded by stone walls with stalactites dripping from the corners. 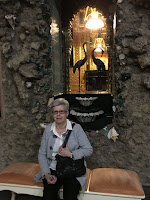 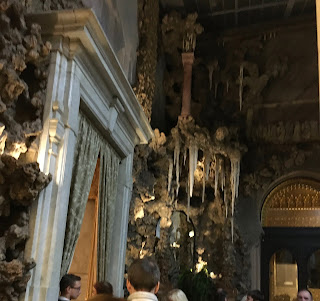 It was rather eerie and beautiful at the same time. The painting on the wall added to the feeling of being transported into a distant location immediately.


From this very unique setting, you stepped through the door into the golden room pictured above. I can't imagine why anyone would have this cave-like room in their mansion. Maybe it was built after the building was no longer a residence. I was unable to find out any information about that.

The memory of the building will stay with me longer than the opera itself since it was sung in Russian. I never did understand what the opera plot was about. At least, I can say I attended a Russian opera now.