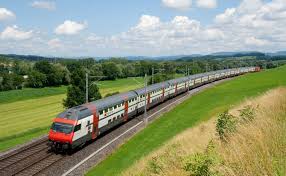 For me, the hardest part of train travel is booking the tickets online. There are so many different classes of trains: regional trains - stop more often; high speed - few stops; EC (Euro city) - few stops; IC (inter city) - many stops; ICE (inter city express) - faster, but costs more. By the time I figure out what I need, my head is aching. Some train tickets don't even come with a seat reservation, so you might get access to the train, but have no place to sit. I've seen over-booked trains where people are sitting in the aisles or standing in the space between cars.

When you finally get your ticket and have a seat reserved, the seat and car number are indicated on the ticket. Of course, don't forget that the ticket is written in Czech or German, or whatever country you're traveling in, so you don't know which numbers to look for. When you get to the train station, you have to make sure you're on the correct car, or you'll be sitting in someone else's seat. It took us a while to identify how the cars are numbered. 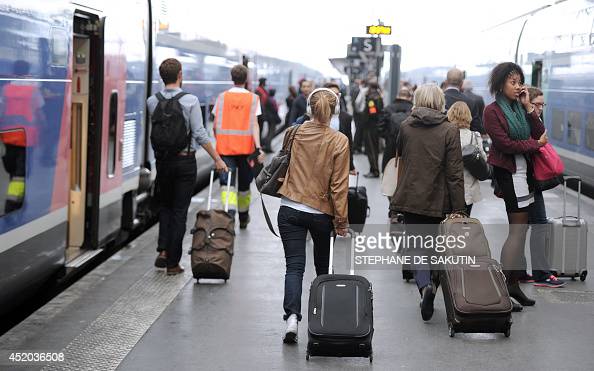 Also, keep in mind that your luggage stays with you at all times. There are no "checked bags" on trains. After our first trip by train, we each purchased a small bag for train travel, which is much preferable to one large bag. The small bag can be stored in the overhead space by your seat. 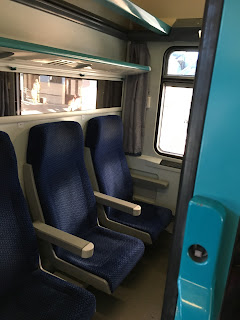 When you finally find your seat, you may be dismayed to see that you booked tickets in a compartment car. Those are the cheapest tickets to get, but most awkward to ride in because it is a cabin type area with six seats in it - three across from the other three, with the access aisle outside the cabin. 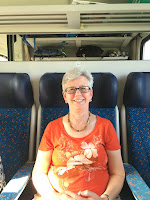 I found it awkward because when we booked two tickets, we were assigned to seats across from each other. If there are six people sitting in this small space and your husband is sitting two feet away from you, it's rather hard to communicate, except by playing footsie. 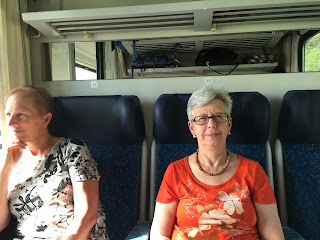 To make things worse, the other four people around us spoke Czech, so they could communicate with each other when needed, but they had to talk over top of us who didn't know what was going on. Since that time, I've been careful to stay away from the compartment cars.

All in all, we prefer train travel to airline travel, now that we are used to the procedure. In fact, we're going by train to Vienna this week for a couple days of rest and relaxation.

Any guesses what my blog will be about next week?