By connie cortright.com January 08, 2019
Last month, we vacationed for a week in France. We spent the time exploring the southern part of the country. 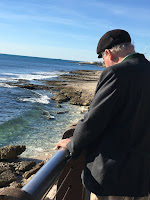 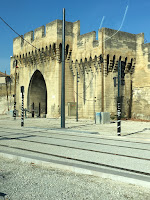 Most of the week, we were in the city of Avignon. The old city was still surrounded by the ancient wall. It could only be entered through a few gates. Of course, the modern part of the city has grown up on the other side of the wall, but we were amazed to see this ancient wall still standing. 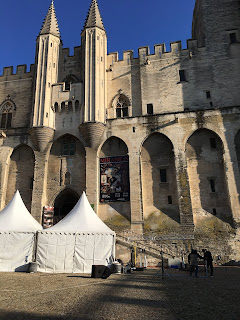 In the 1300s, the Catholic popes lived in Avignon, instead of Rome because of a dispute with the French crown. As a result, a large part of the ancient city was taken up by the palace that was built for these popes. It was a massive structure near the Rhone River. 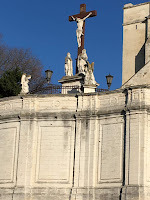 The Christian presence was very prominent within the city. It was nice to see that. 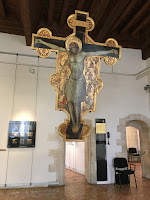 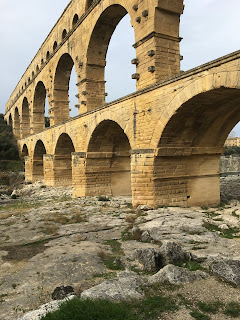 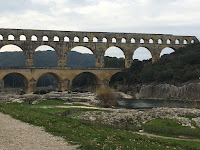 One day we drove west of Avignon in search of the Roman aqueduct that was built around 50 AD - Pont du Gard. It was worth the drive to see this enormous structure built in a time before our modern construction equipment. How did they manage to build something so tall back then? 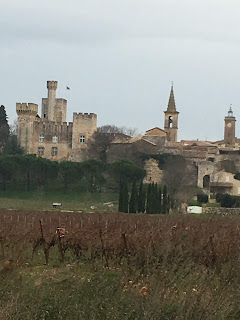 It was interesting to spot a castle in almost every little village as we drove through France. The feudal system seemed to explain much of what we saw. 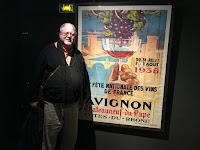 However, the best day of the trip was our wine tasting tour where we were driven by a tour company to several different wineries, tasting their many varieties wine. The tour guide was so informative about the labeling of French wines that we will forever look at them differently.

All in all, we decided that France was a great place to visit, but we wouldn't want to live there. Too expensive and too hard to find your way around. (Of course, we are speaking from the experience of getting lost several times.)