By connie cortright.com April 02, 2019
Last week we were in Odessa for a seminar that my husband presented. I thought I'd share some pictures with you. 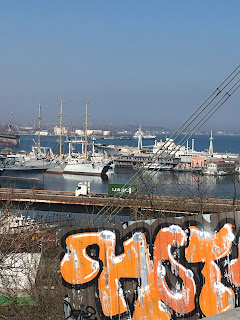 Odessa is a very European looking city, much like St. Petersburg. It's located on the northern shore of the Black Sea, but is more of a port city than a tourist city. Therefore, the coast line is filled with more shipping industries than beaches.

Like St. Petersburg, it was under Soviet control from 1920s until the early 1990s. Much of the downtown area has been restored since freedom came to Odessa. 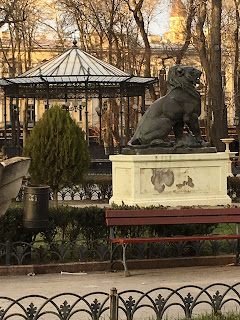 We didn't visit during summer, but I can tell it will be beautiful when the trees and flowers are out in full force. 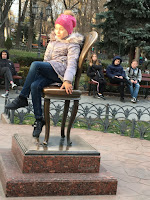 A very unique monument is located in a central park of the city, a chair sitting on a pedestal. It represents one of the chairs from a novel titled "12 Chairs" by a famous Odessan author.  The story is about jewelry, hidden from the Bolsheviks, in the seat of a chair in a dining room set. The chairs were then stolen by the communists after the Russian Revolution. One person searches for all the chairs to find the hidden treasure. The twelfth chair was found in Odessa. The monument is a favorite place to pose for a picture in this park.

We ate at a restaurant in which the Ukrainian culture was featured. 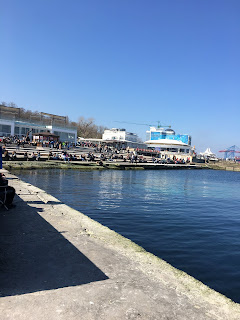 Odessans have created a beach away from the industrial area. People were out enjoying the sunny day when we went to see it. 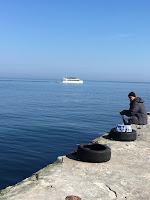 The Black Sea was an amazing thing to see. It was so calm and peaceful that day. 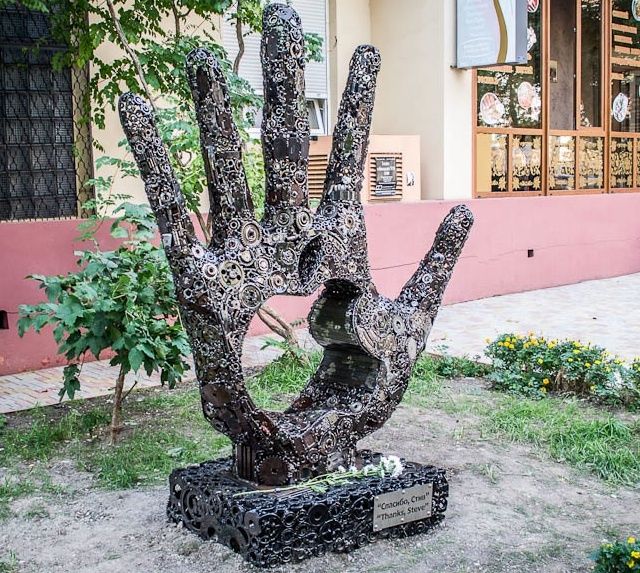 If you're ever in Odessa, don't forget to check out the monument to Steve Jobs. I was surprised to find this monument, built on the first anniversary of Steve Jobs death,  located in a former Soviet country. This sculpture, made by a local craftsman, is constructed from scrap metal. It's more of a tribute to the Apple Company that Jobs started then Steve Jobs himself.