The Hill of Riga

Like most of the Baltic States, Latvia is a very flat country hugging the Baltic Sea. It does have some hills inland that we hope to go see someday, but the city of Riga is very flat - generally about 3 or 4 feet above sea level. This fact makes walking anywhere in the city very easy to do, especially for long distances.

However, Riga does boast of one hill in the city, but it's man-made. Bastion Hill is located along the canal that used to be the moat for the ancient walled city.

In 1856, the rulers in Riga determined that a wall around the old city was no longer useful. The city was growing outside of the walls and the walls would not keep out any enemies because of modern warfare. They decided it was time to demolish the walls.

When the  walls were demolished, the remaining chunks of walling were piled into one location to make a hill for the city. Today it's the focus of the beautiful park around Old Town.

Soon after the hill was created, the city planners started landscaping the area for a park. Pathways were built up the hillside and around it for people to enjoy the area.

In 1898, a water cascade was constructed on the eastern slope of the hill. It is the central focus today of the beauty created by Bastion Hill. In warm weather, children can be seen playing near the shallow waterway as all children love to do. In cool, rainy weather, this same waterfall is used by the ducks. 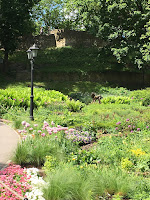 It's amazing that something built more than one hundred years ago still is so beautiful today. Truly this was a wonderful gift for the people of Riga to enjoy. 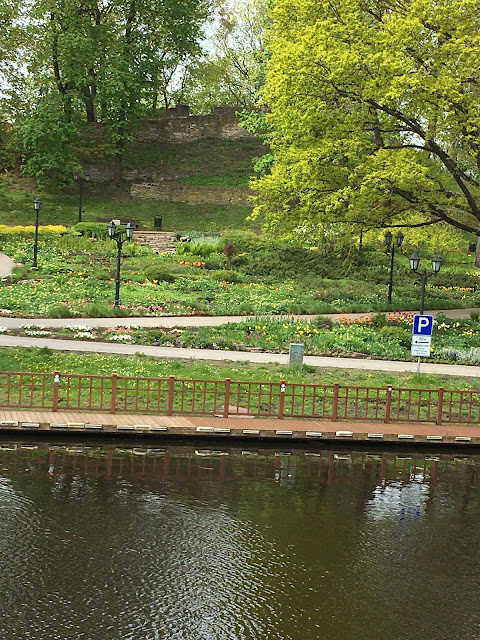 With the canal nearby, this spot is my favorite place to walk in Riga. I walk past it almost every day on my way to one place or another.