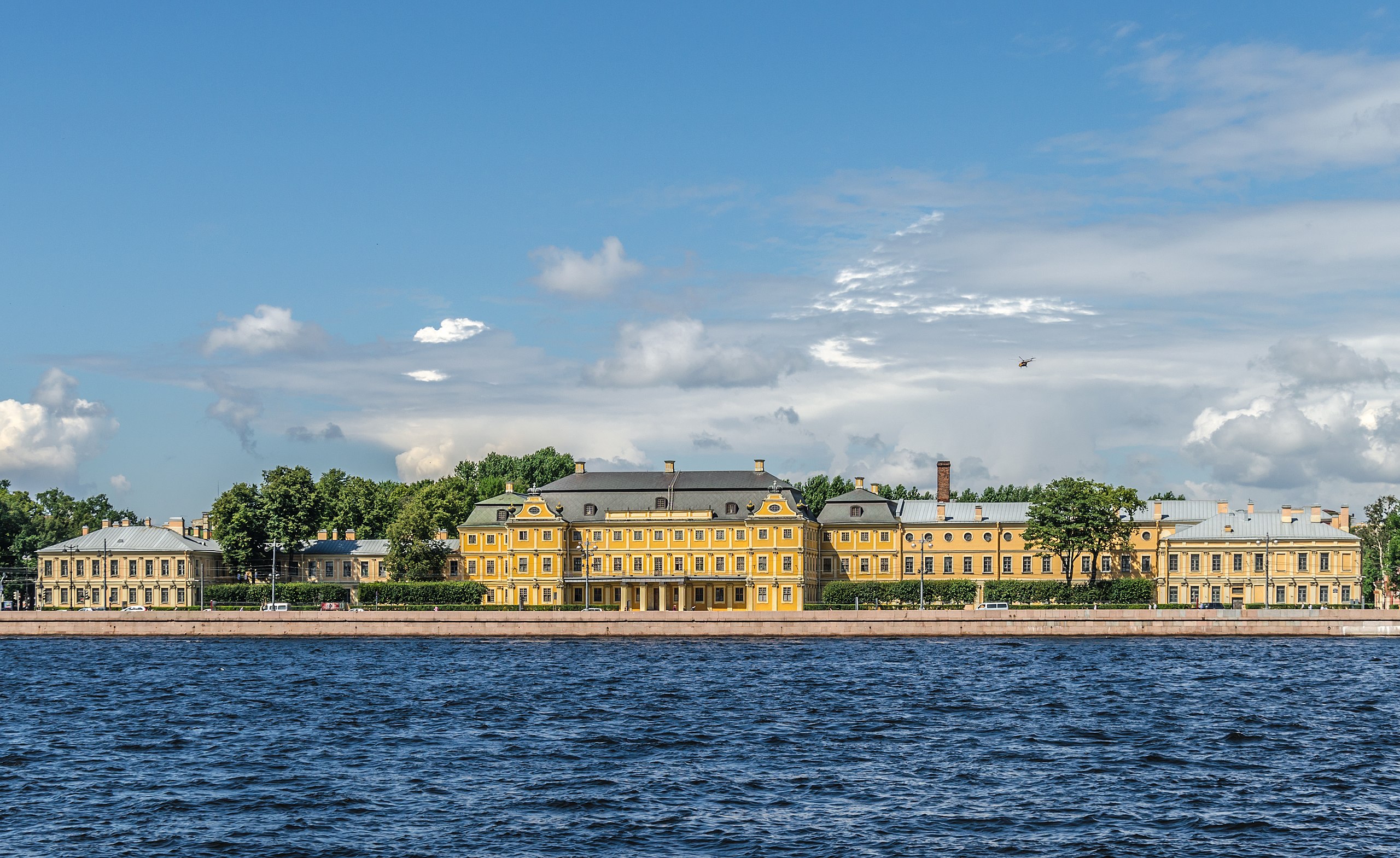 Last month I toured the first stone building that was constructed in St. Petersburg. The Menshikov Palace was built from 1710-1726. It was started the same year as Peter the Great's first palace, but took many years to complete because it was assembled in several stages. The model below shows how massive of a structure the palace really is.

It was built as the residence for the first governor of St. Petersburg, General Alexander Menshikov. In 1711, he and his family moved in, well before it was finished. When he was stripped of his titles by Peter II in 1727, he was banished to Siberia. It hasn't been a residence since then. After he left, his palace was occupied by the First Cadet Corps for many years. Today it's part of the Hermitage museum.


From the period kitchen to a room full of weapons from the Cadet years, the palace had many interesting aspects to see as we toured the museum.

I still don't understand the figure of the Greek foot standing in the dining room. What happened to the rest of the statue? By the way, the foot was at least two feet tall. 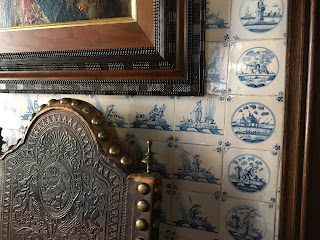 The most beautiful room in the palace was the bedroom of Menshikov's wife. It was covered in Delft tiles that were imported from the Netherlands. We could have looked at the walls for hours since each tile had a unique painting on it. The bedroom and sitting area were fascinating to see.

We were told that the stove in the room was covered in Russian made tiles, however. The different patterns of the tiles in the stove against the Delft-tiled walls clashed a bit. 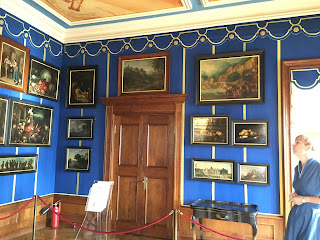 My favorite room was the art room. The rich blue walls made the painted pictures stand out in contrast. We spent a good part of an hour studying all the art displayed for us.

No matter how many palaces I see in St. Petersburg, I enjoy each experience. They all have something unique to see in them. These buildings will remain in my memory for years to come.