Please Pray with Me 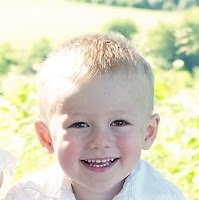 This week I am taking time off from my usual postings about life in Russia. I'm going to ask you to pray for my grandson. His name is Christian, and he is having surgery to remove a tumor from his brain.

When he was nine months old, he had meningitis. Thirteen months later, he had it again.   The doctors finally did a scan of his brain to find out why he had meningitis twice before the age of two.

They found he had an epidermoid brain tumor, which he's had since birth. The tumor is situated between his optical nerves and touching his pituitary gland. When the cyst expands with excess skin cells, it erupts leaking foreign cells into his brain, causing meningitis. 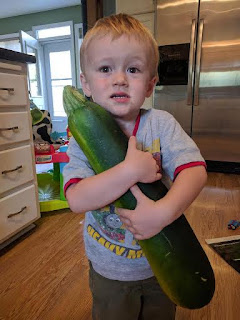 After they found the tumor, the doctor knew that he needed surgery to remove the tumor sometime in the future. They monitored the tumor which was stable for a year. Then in June he had another attack of meningitis. Shortly after that, the doctor scheduled surgery for July 24. Since that time, he's had another episode that has lasted for a couple weeks. 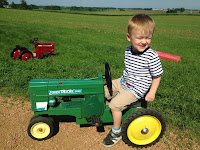 When he gets meningitis, he has terrible headaches and an upset stomach. Christian just turned three last Friday, so he's had several cases of meningitis in three years.

Needless to say, the surgery on Tuesday is very serious because the surgeon will be removing the tumor from a sensitive area of Christian's brain. His dad told me that the surgery will last 5 to 7 hours, so lots of prayers are needed.

I ask you, my reader friends, to join me in praying that God guide the hands of the surgeon during the surgery. I pray that, if it is God's will, Christian recovers completely from this surgery and has a life free from the pain he's been living with the last couple months.

Christian's parents are posting updates on his condition on https://www.caringbridge.org/visit/christiancortright. Please keep them all in your prayers until, God willing, Christian is home again with his family and recovers from this surgery. Thanks so much for praying for them.

THURSDAY UPDATE: God is good! Christian's surgery was a success. He is recovering slowly at the hospital and was moved out of ICU already. Thank you for all your prayers.