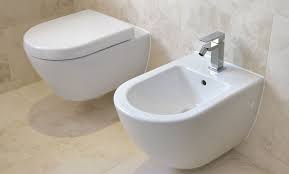 We've been hearing about the toilet paper shortage in the US and other countries over the last week. I must say that here in Latvia, we don't have that problem at all. Maybe it's because of the prevalent use of bidets here in Europe.


When we were searching Riga for our apartment in January, we noticed that all bathrooms looked like they had two toilets in them. On further research, we saw that the two weren't alike at all. The smaller one was a bidet (pronounced bi-day).

While we were in Italy over Christmas last year, we also noticed that every flat that we stayed in had a bidet, although I never saw one of these while we lived in Russia.


So, the question that we're left with is just what is a bidet and how is it used? After spending some time on the internet, I can explain that bidets are hard to explain. They are used for a purpose that people usually don't want to talk about - at least Americans.


To put it briefly, if people in the US used bidets, the daily use of toilet paper would decline significantly. The use of soap and water in the bidet takes the place of lengths of toilet paper after ummmm... certain events in the day.


Bidets are made in different ways. Our bidet is basically a different shaped sink with hot and cold faucet in it and a drain like a sink. In using that kind, the drain is closed before filling up the bidet with water. A person sits on the bidet and washes the necessary area with soap and water. 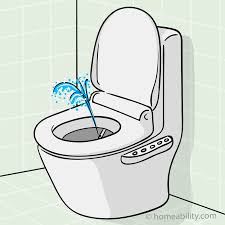 
I've never had the urge to try out our bidet as of now. I don't have a shortage of toilet paper, so probably won't any time soon. I hear that bidets are actually making a debut in the US more every day. The ones in the States actually hook up to the toilet and has a way to squirt clean water where needed.

Me, I'd probably be more likely to use it like the mother and two children in the picture to the left. That may come in handy some day after playing on the beach.